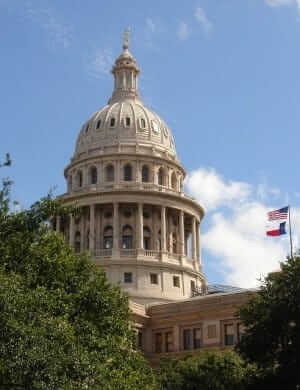 In Texas, the statute of limitation for a medical malpractice case is 2 years from the date of incident. However, there may be exceptions to this rule as in the case of minors. The minimum liability limit for medical malpractice insurance in Texas is $200,000 per occurrence and $600,000 aggregate per policy period (1 year). This limit is fairly standard in Texas, but many other states require $1M/$3M limits. The arguments for lower limits are that the damage caps keep payouts low and that, in the case of a lawsuit, attorneys will only go after the amount of the policy limit. So, a low limit keeps awards low.

The Different Types of Malpractice Insurance Companies in Texas

With over 40 insurance companies writing medical malpractice insurance for health care providers and facilities, Texas is one of the most competitive states in which to purchase malpractice insurance. The increased competition is a great reason to shop for alternate coverage options and savings using eQuoteMD.com, as the insurers are dropping prices as they look to obtain as much market share as possible.

The Texas Department of Insurance identifies four different types of companies for medical malpractice insurance coverage to healthcare providers in the state.

These companies are regulated by the Texas Department of Insurance. Their policies must include the following mandated provisions:

Healthcare providers insured by a licensed insurance company are protected by the Texas Property and Casualty Insurance Guaranty Association (TPCIGA) for up to $300,000 if their carrier becomes insolvent.

Texas Medical Malpractice Insurance – Here’s What You Should Know

Texas is seen as one of the nation’s leaders when it comes to medical liability tort reform. In 2003, the State’s residents passed by popular vote the constitutional amendment to allow for caps on non-economic damages among other reforms. While several other states have found their caps on damages to be declared unconstitutional, most recently Missouri (2012), Illinois (2010), and Georgia (2010), Texas physicians and healthcare facilities are better protected by the inherent constitutionality of their damage caps.

These tort reform measures and the relatively “healthcare-friendly” court system have helped malpractice insurance rates remain low and even continue their decline—effectively making Texas one of the most cost-effective states in which to practice and purchase this important malpractice insurance coverage. We’ve seen at least one Texas physician insurer reduce their rates by 5-12% every year since tort reform was enacted.

In a further effort to reduce frivolous lawsuits, in May 2011, Texas Governor Rick Perry signed into law a bill that will begin a “loser pays” system in Texas courts. Essentially, some plaintiffs who lose a case will have to pay the court and attorney fees of the defendants. This law will also allow civil actions to be expedited for those plaintiffs seeking less than $100k.

Want to learn more about medical malpractice insurance policies in your state? Call our main office in St. Louis, Missouri, at (855) 823-5283 for all your questions about malpractice policies in Texas. Get your free quote today!

Did you know that approximately 19,000 medical malpractice cases occur in the U.S. every year? END_OF_DOCUMENT_TOKEN_TO_BE_REPLACED