The Hard Market creates challenges for healthcare providers. When there are only a few companies offering coverage, they tend to make underwriting guidelines more stringent. Not too long ago, an Illinois physician with one claim would be denied coverage in the standard insurance market forcing him to find coverage elsewhere at exorbitant prices. Physicians with claims in Cook, Madison, McHenry, St. Clair, and Will Counties often couldn’t find coverage at all. During these severe Hard Markets, the cost of malpractice insurance in some areas in Illinois caused physicians to move locations, sometimes crossing state lines into Missouri (metro St. Louis) and Indiana (metro Chicago) to practice, to stop doing higher risk procedures, and even to close shop and stop practicing medicine permanently.

The current medical malpractice insurance situation in Illinois, however, is just the opposite. The state is in an unprecedented long running “Soft Market” that has created a favorable climate for physicians and other healthcare providers. In the Soft Market, frequency and severity of claims is down and remains stable. Because medical malpractice insurance companies are not getting hit with as many claims and the payouts are lower, they are more profitable. That’s where we are right now. It seems the downturn in the economy that began in 2009 has not affected the number of malpractice claims during this current cycle. There are more malpractice insurance companies offering coverage in Illinois than we’ve seen in decades. The companies have been lowering rates for the past 5 years, and they remain profitable. Underwriting guidelines have loosened up a great deal in the last few years, as well, making it relatively easy for physicians to find coverage at a reasonable rate in almost every county in the state. 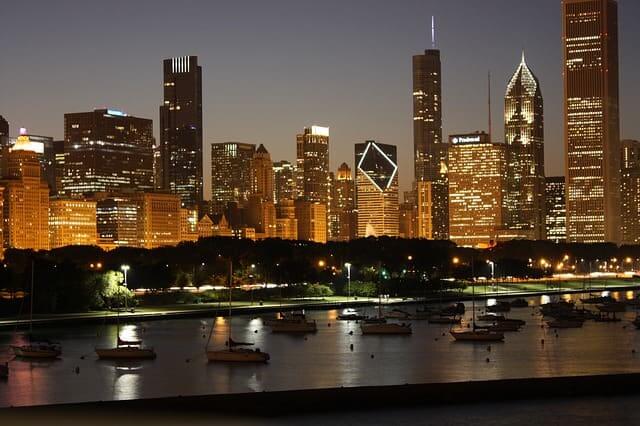 The current situation is surprising to industry experts. As mentioned earlier, Illinois is in one of the longest running Soft Markets. Even with the economy down and tort reform overturned, the number of claims is down, and the severity of payments has remained lower.

Most Illinois malpractice insurance leaders report that rates are at an all-time low, and there are more options for coverage with A-rated carriers than we’ve seen in a long time. While there are still some areas that have higher rates, such as Cook County, Madison County, and St. Clair County, the rates are a fraction of what they were a decade ago. For example, an internal medicine physician in Cook County can get coverage for around $35,000 per year in contrast to anywhere between $60,000 and $80,000 in 2003. An OB/GYN in Madison County who would have paid as much as $200,000 10 years ago, if he could get coverage at all, is now paying less than half that amount and has many options to choose from today.

Insurance companies are fighting for business in Illinois right now and that competition has continued to push rates down. ISMIE has the largest percentage of market share, as it insures more than 50% of all IL physicians. Chicago’s business magazine, Crain’s, reported in an article dated June 22, 2013, that while premiums have gone down for the last 5 years, ISMIE hasn’t seen a loss since 2002, and its profits continue to grow. As a mutual company owned by policyholders, in 2012 ISMIE’s 12,000 physicians received a dividend of $17 million, and it committed to giving back another $45 million in 2013. Crain’s reported a record setting profit for ISMIE in 2012 of $57 million – after dividends were paid. Profits are up for the other medical malpractice insurance companies, as well.

In addition to ISMIE, profits are up at most of the other medical malpractice insurance carriers offering coverage in Illinois: The Doctors Company, ProAssurance, MedPro, PSIC, and Capson, among others.

While risks of medical malpractice claims are not forefront on the minds of physicians right now in Illinois, most are concerned about the implications of the Affordable Care Act and the constant changes and unknowns of practicing medicine in IL. There are new regulations related to Medicare and Medicaid, as well as HIPAA rules rolled out in 2013, reimbursements are lower, and physicians are working harder for less reward. For this reason, we are seeing many physicians accept offers to sell out of private practice and go to work for hospitals. This is a trend that is typically cyclical, and many physicians eventually return to private practice, but industry experts think this time it may be different due to the permanent changes the ACA will have on delivery of healthcare.

Want to learn more about medical malpractice insurance policies in your state? Call our main office in St. Louis, Missouri, at (855) 823-5283 for all your questions about malpractice policies in Illinois. Get your free quote today!

General surgeons play an important role in health care, treating illnesses that can only be resolved END_OF_DOCUMENT_TOKEN_TO_BE_REPLACED

In today’s litigious world, there is no question that doctors and their medical practices need to END_OF_DOCUMENT_TOKEN_TO_BE_REPLACED

Most medical malpractice lawsuits fall into a few categories, and the most common causes of END_OF_DOCUMENT_TOKEN_TO_BE_REPLACED