The medical malpractice insurance environment in Georgia is quite competitive. Despite concerns about the 2010 overturn by the Georgia Supreme Court of the cap on non-economic damages put into place in 2005, rates have continued to trend slightly down year upon year. In 2013, rates declined a little over 1% in keeping with the trend over the past few years. While the average indemnity payment in Georgia continues to be somewhat higher than the national average, the total number of indemnity payments continues its downward trajectory, down nearly 25% from 2009-2012. Additionally, the percentage of claims over $1M in Georgia remains below the national average by about half a percent.

The top five carriers in the state represent about $185,000,000 in premium and represent about 65% of the market share. As of 2012, the state’s largest carrier, Mag Mutual writes over 35% of all the business in Georgia. However, new carriers that have entered the state have played a role in increasing competition and driving premiums down. 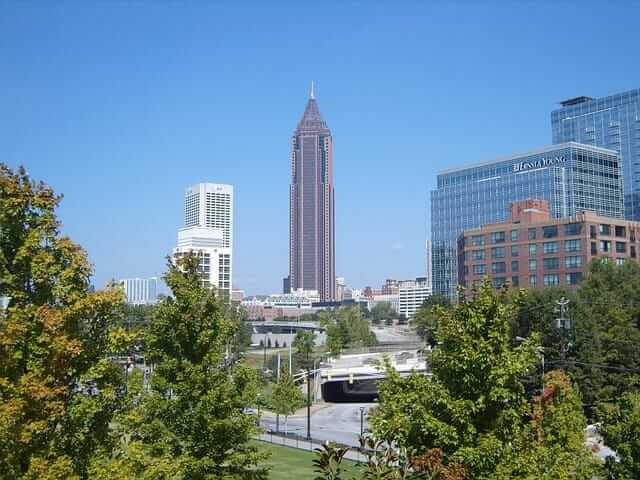 In March of 2010, the Georgia Supreme Court ruled that $350,000 cap on non-economic damages in medical malpractice lawsuits was unconstitutional. The Georgia Tort Reform, Senate Bill 3, which went into effect in July of 2005, sought to do the following:

Of those provisions, most remain in effect with the notable exceptions of the cap on non-economic damages and certain aspects of the provision of access to health information that were deemed by the court to fall afoul of federal law as outlined in the Health Insurance Portability and Accountability Act (HIPAA).

Prior to the passing of SB 3, the medical malpractice environment in Georgia was unstable. Premiums were rising, medical malpractice claims payouts were increasing, availability of coverage was decreasing, scope of practice was affected, ER services were reduced, and doctors were either retiring early or moving out of state.

With the passage of SB 3, premiums decreased, payouts decreased, and the number of insurers increased. While the impact of the Supreme Court ruling may not be known for years due to the time it takes for cases to work their way through the appeals process, so far things have remained stable. One can be hopeful that the increased competitiveness in the marketplace, as well as the provisions of SB 3 that have stood up will be enough to keep premiums low and markets stable, but the long-term effect of the reversal of the damages cap remains something we will be watching carefully.

Want to learn more about medical malpractice insurance policies in your state? Call our main office in St. Louis, Missouri, at (855) 823-5283 for all your questions about malpractice policies in Georgia. Get your free quote today!

Did you know that approximately 19,000 medical malpractice cases occur in the U.S. every year? END_OF_DOCUMENT_TOKEN_TO_BE_REPLACED