Oklahoma law places a cap on non-economic damages (i.e., pain and suffering) in malpractice cases of $350,000. However, if it is found that the defendant actions were: “1. In reckless disregard for the rights of others; 2. Grossly negligent; 3. Fraudulent; or 4. Intentional or with malice,” the cap does not apply, and there is no limit placed on damages that can be awarded. As in most states, there is no limit on economic damages which cover actual costs such as medical bills and time off work. In addition to caps on noneconomic damages, Oklahoma law also sets limits on punitive damages, which are rare in malpractice cases, but are generally not covered by insurance. The basic cap is the greater of $100,000 or the total amount of actual damages. However, in a case where the defendant is found to have acted intentionally or maliciously, the cap is raised to $500,000, and if in addition to acting intentionally and maliciously, the defendant is determined to have endangered the patient’s life, there is no applicable cap. In addition to these damage caps, Oklahoma at one time created a task force to pursue the creation of a taxpayer funded indemnity fund that would cover any noneconomic damages exceeding the cap, however it was among a number of reforms that was struck down by a 2013 court decision and seems to be one of the few that has not been reinstituted since. 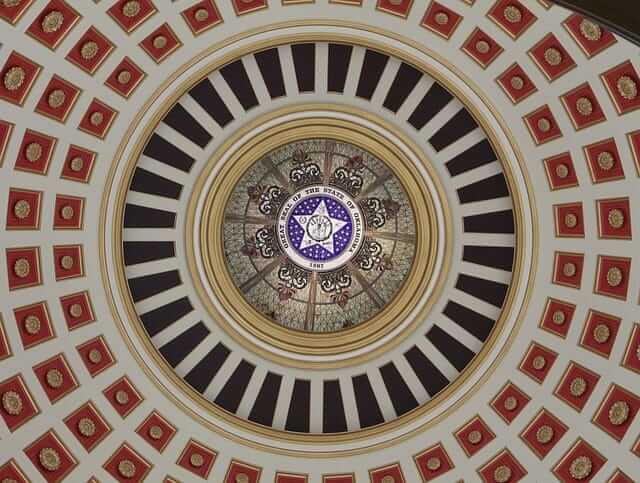 The basic statute of limitations in Oklahoma requires that a claimant bring a case within two years after the alleged injury or, in a case where it was not detected immediately, within two years of when the injury was discovered or reasonably should have been. The latter is applicable, for instance, in cases where a foreign object was left in the claimant’s body. The only exceptions to this in Oklahoma are for minors or in the case of mental disability.

Oklahoma’s legal situation has been shaky over the last few years but seems to have stabilized now. In 2009, the legislature passed a broad tort reform bill known as the Comprehensive Lawsuit Reform Act (CLRA) which provided several reforms related to all types of liability. The bill passed with bipartisan support, but was struck down in 2013 by the Oklahoma Supreme Court on the grounds that it violated a provision of state law that requires any single bill to only have one subject or area of impact. The idea behind this rule is to prevent legislators from feeling pressured into voting for something they disagree with simply because it has been tagged on to a more important piece of legislation they support.

However, many thought the court’s decision in this case was overreaching, and that the 2009 bill stayed within the limits of a single intent, namely tort reform. In any event, the governor called a special session just a few months after the bill was overturned and lawmakers put together over twenty individual bills that restored the vast majority of the provisions of the original 2009 legislation and the governor signed them into law late in 2013. With these reforms now firmly in place and having overcome the court’s objections, the risk environment for physicians in Oklahoma now appears to be quite stable. Competition in the market is relatively healthy with the top 10 companies making up approximately 78% of the market, however the top 5 account for nearly 70% of that, so a little more diversity and competition would probably be good for reducing premium prices. However, between the low cost of living, relatively healthy market, and recent tort reform, Oklahoma should be a good place to practice medicine for the foreseeable future.

Want to learn more about medical malpractice insurance policies in your state? Call our main office in St. Louis, Missouri, at (855) 823-5283 for all your questions about malpractice policies in Oklahoma. Get your free quote today!

General surgeons play an important role in health care, treating illnesses that can only be resolved END_OF_DOCUMENT_TOKEN_TO_BE_REPLACED

In today’s litigious world, there is no question that doctors and their medical practices need to END_OF_DOCUMENT_TOKEN_TO_BE_REPLACED

Most medical malpractice lawsuits fall into a few categories, and the most common causes of END_OF_DOCUMENT_TOKEN_TO_BE_REPLACED