In the early 1970s, Louisiana was labeled a state in medical malpractice crisis. Then in 1975, the state introduced legislation that brought substantial reform in medical malpractice. Two laws were passed, one of which governs claims brought against private healthcare providers (the Medical Malpractice Act or MMA), and the other of which governs those brought against public or state healthcare providers (the Malpractice Liability for State Services Act or MLSSA).

Under both laws, awards in malpractice cases are substantially limited. Louisiana has a unique approach to damage caps, though. Rather than limit non-economic damages (pain and suffering, etc.), as most states that have caps do, Louisiana law limits the amount of compensation a patient can receive period (not including payments for future healthcare treatment). Under the MMA and MLSSA, damages are capped at $500,000. Further, doctors who are required to pay into a state administered fund are only liable for up to $100,000. Any damages beyond the first $100,000 are paid out of the state fund up to the $500,000 limit. 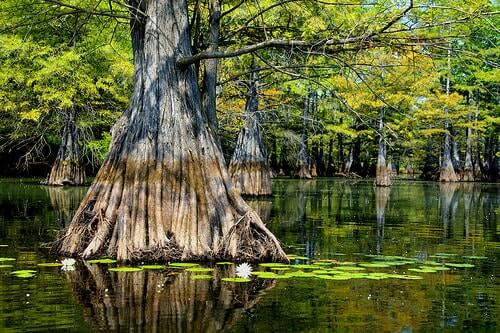 The Louisiana Patient Compensation Fund (PCF) was established through the Louisiana Medical Malpractice Act in 1997. State health care providers are automatically covered by the fund. Private practice health care providers who carry medical malpractice insurance with limits of a minimum of $100,000/$300,000 must join the fund and pay an assessment to qualify to be covered.

Additionally, all medical malpractice claims in Louisiana must go through a medical review board prior to being brought to court. The board is made up of one doctor chosen by each side, and a third doctor chosen by those two, along with an attorney who administrates but is a non-voting member of the board. The board’s decision is admissible as evidence in court.

Louisiana is unusual in that it does not have caveats or exceptions to the above rule for minors or temporary incompetency. The prescriptive period for wrongful death is one year from the date of death.

Louisiana has a very favorable risk climate for physicians. The caps on damages have withstood numerous court challenges, and the state patient compensation fund dramatically limits risk for healthcare providers. Medical review panels discourage frivolous lawsuits, and the statute of limitations is very clear and not fraught with ambiguities and exceptions.

Want to learn more about medical malpractice insurance policies in your state? Call our main office in St. Louis, Missouri, at (855) 823-5283 for all your questions about malpractice policies in Louisiana. Get your free quote today!

General surgeons play an important role in health care, treating illnesses that can only be resolved END_OF_DOCUMENT_TOKEN_TO_BE_REPLACED

In today’s litigious world, there is no question that doctors and their medical practices need to END_OF_DOCUMENT_TOKEN_TO_BE_REPLACED

Most medical malpractice lawsuits fall into a few categories, and the most common causes of END_OF_DOCUMENT_TOKEN_TO_BE_REPLACED