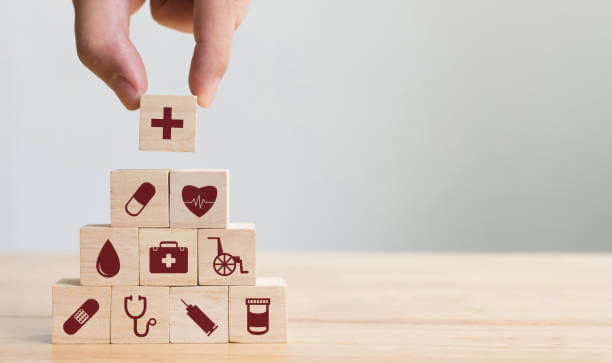 Physicians and medical practice administrators always want to know what medical specialties pay the highest rates for medical malpractice insurance.  While rates vary by the insurance company, geographic area, and individual claims history, the general rule of thumb is that physicians that perform higher-risk procedures pay higher premiums.  These higher-risk procedures include surgery, delivering babies, emergency treatment, and administering anesthesia.  Let’s look at the specialists that perform these types of procedures.

There is inherent risk involved in the work of an OB/GYN physician.  Labor and delivery of a child can be very dangerous for the mother and the child.  So, there are 2 lives to be concerned about, and there is typically anesthesia involved.  The anesthesia is administered by a certified anesthesiologist, but both physicians could be sued if there is a mistake or bad outcome.  There are so many things that could go wrong, and often do, and the insurance actuaries that establish medical malpractice insurance rates know this and study the claims trends.

Another important risk factor for OB/GYNs is the statute of limitations.  In many (most) states, the statute of limitations for filing a medical malpractice lawsuit is 2 years.  There are some exceptions for surgery in some states.  However, the statute of limitations for a case involving the delivery of a baby is usually until the child becomes an adult, which is either 18 or 21 years from the date of delivery, depending on the state.  This extended period dramatically increases the risk for the doctors, nurses, and the hospital.  For these reasons, OB/GYN physicians pay much higher premiums for their medical malpractice insurance than other physicians in lower-risk specialties.

Any physician doing invasive surgery will pay higher medical malpractice insurance rates than physicians performing no surgery.  For the same reasons OB/GYNs pay more, surgeons pay higher rates too.  The procedures are invasive, there is anesthesia involved, the statute of limitations may be extended, and many things can and often do go wrong.  Insurance actuaries study the claims history of their own insurance company as well as all medical malpractice claims across the country to determine the rates needed for surgical specialties.  These rates are reviewed every year, and if necessary, can be changed to allow for better or worse experiences.  So which surgeons pay the highest rates?

Many physicians in different specialties do invasive surgery including family practice, internal medicine, dermatology, general surgery, gastroenterology, ENT, gynecology, orthopedics, neurology, etc.  The medical malpractice insurance rates physicians pay often depend on how many surgeries they are performing each year.  A full-time general surgeon doing surgeries 3 to 5 days a week will obviously pay more than a family practice doctor who does 1 to 2 surgeries per month.  More surgical procedures mean more exposure to risk, which means higher insurance premiums. So, who pays the highest premiums?  Neurosurgeons.  After neurosurgery, the rates are often high and similar for orthopedics, thoracic, plastic, general surgery, ophthalmic surgery, Emergency Medicine, and gynecology.

The medical malpractice insurance rate rankings are based on standard rates with no discounts and no claims history.  Surgeons with malpractice claims will pay significantly more, and if they are practicing in a geographic area where there are more claims filed each year than in other places, they will pay even more.  Several cities such as Chicago, New York, and Miami have the highest rates of medical malpractice insurance in the country.  And in the past 3 years, rates have been going up in every state.

According to a study done by the American Medical Association (AMA), “New Data Show the Highest Prevalence of Medical Liability Premium Increases in 15 Years,” rates almost doubled in 2019 from the previous year, and then they went up again in 2020 and 2021.  The study shows that rates were steady to decreasing from 2011 through 2018.  Medical malpractice insurance carriers had to increase their rates in almost every state to keep up with the eroding surpluses as severe claims impacted their bottom line.

Physicians and office managers need to be aware of increasing medical malpractice insurance premiums, especially those practicing in high-risk specialties who pay more for their coverage than others.  eQuoteMD can help OB/GYNs, neurosurgeons, general surgeons, and orthopedic surgeons save time and money on their medical malpractice insurance.  We have solutions and options for any specialty in any state. Get a quote and compare!

General surgeons play an important role in health care, treating illnesses that can only be resolved END_OF_DOCUMENT_TOKEN_TO_BE_REPLACED

In today’s litigious world, there is no question that doctors and their medical practices need to END_OF_DOCUMENT_TOKEN_TO_BE_REPLACED

Most medical malpractice lawsuits fall into a few categories, and the most common causes of END_OF_DOCUMENT_TOKEN_TO_BE_REPLACED