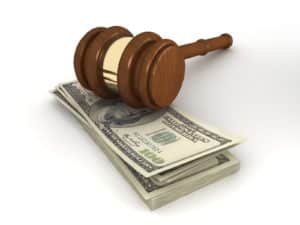 If you thought that the defeat of Proposition 46 in the recent midterm elections signaled stability for California’s longstanding limits on noneconomic damage awards in medical malpractice cases you were wrong. On November 26, at the urging of Consumer Watchdog, the trial lawyer supported non-profit that was instrumental in funding the Proposition 46 campaign, the California Supreme Court announced that it would review the constitutionality of the nearly 40 year old statute that limits non-economic damages in California medical malpractice cases to $250,000.

California was the first state to enact a cap on non-economic damages, doing so in 1975, and served as a bellwether for other states that followed suit in the ensuing decades. The caps were put in place to control high medical malpractice premiums stemming from the inability of insurance companies to accurately quantify risk. With no limits on pain and suffering awards, and rather subjective models for quantifying the cost of pain and suffering, developing accurate risk assessment models was difficult. The caps placed a ceiling on that one aspect of malpractice damages that tended to be the most difficult to quantify and thus helped stabilize the market.

However, opponents of the caps argue that they violate the state constitution by interfering with the right to a trial by jury in that, while a jury may recommend an award above $250,000 for non-economic damages, such a recommendation is superseded by the caps. They also argue that the caps were not the cause of stabilization and reduction of premiums, but that laws providing for rate regulation were the primary factor. Yet the reality is, these kinds of caps have been put in place not only in California, but in many states, and time after time what we see is market stabilization and declining malpractice premiums. Other factors may contribute, but damage caps are a key component in insurance companies being able to accurately and more conservatively assess risk, and thus they contribute to stable markets and affordable premiums.

In the case of California however, two major factors may bode poorly for the future of damage caps. The first is precedent. Several states have now had damage cap statutes overturned by their supreme courts. Florida’s Supreme Court most recently overturned damage caps in that state with a strongly worded opinion that stated in part that the damage caps serve “no other purpose other than to arbitrarily punish the most grievously injured or their surviving family members.” Likewise, in recent years Texas, Missouri, Illinois, Georgia and others have all overturned damage caps– twelve states in all. Whether the California Supreme Court will consider these decisions is unknown, but if they do it could be bad news not only for damage caps in California, but around the country as another domino falls.

Secondly, California’s statute has never been revised, nor does it have any type of built in mechanism to adjust for inflation. Many other states that have damage caps have either increased the limits directly by a vote of Congress, or written into the original statute a mechanism by which the limits would increase annually or periodically to keep up with inflation. It is hard to argue with those who point out that $250,000 in 1975 was equal to the buying power of about $1M today. In theory the question about whether the cap should be adjusted should be a separate one from whether it is constitutional in the first place, but given the failure of measures that have sought to adjust the cap upward (like Proposition 46), one wonders if the court will completely ignore the perceived inequity of a cap that seems to be permanently fixed.

Perhaps the most unseemly reality in all of this is the fact that it is primarily being pushed by a “nonprofit” organization that most believe is essentially a front for California trial lawyers. And it stands to reason since the lawyers have more to gain from getting these caps removed than anyone since they typically are paid a percentage of whatever damages are awarded to their clients. So, after failing to get what they wanted by a vote of the people, even after admitting that they had conflated multiple issues in Proposition 46 to sweeten the pot (i.e. get more voters interested), California’s trial lawyers are now seeking an end around the will of the voters. Consumer Watchdog sent an amicus brief to the court on November 18 just days before the court announced it’s decision arguing strongly in favor of removing the caps. It leaves one wondering: if Consumer Watchdog’s motives are to serve the “consumers,” why are they not content with the consumers’ (i.e. the voters) choice on this issue as expressed in the vote on Proposition 46?

As always, we here at eQuoteMD will be keeping an eye on this and other developments in healthcare around the country and will provide updates as things develop.

Did you know that approximately 19,000 medical malpractice cases occur in the U.S. every year? END_OF_DOCUMENT_TOKEN_TO_BE_REPLACED