Good News for Doctors (and Insurers) 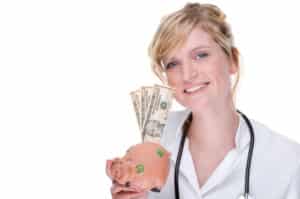 According to a recent poll from Medical Liability Monitor—a malpractice insurance trade newsletter—the medical professional liability insurance industry has experienced yet another year of declining rates across the U.S., the eighth such year in a row.  Medical Liability Monitor publishes the results of a comprehensive poll that includes 75% or more of the malpractice market each year, and the results of this year’s poll are just in.  They show that continuing a historic trend the malpractice industry continues to be profitable even as premium rates paid by doctors continue to decline.

The malpractice industry is experiencing what seems to be a soft market—a market in which supply is greater than demand and thus prices are driven down as sellers seek to compete for clients.  Yet at the same time, and counter intuitively, insurance companies continue to see relatively historic profits.

One of the primary ways that insurance companies measure profits is by looking at what is called the combined ratio.  This figure is arrived at by adding incurred losses to expenses and then dividing that figure by the amount of earned premium.  It’s a very simple measure of profitability that allows the insurer(s) to figure out what their profit situation looks like apart from investments or other revenue streams.  If the combined ratio is below 100% the insurer(s) is making a profit.

Between 1978 and 2005 ,the malpractice insurance sector posted a combined ration below 100% only twice, in 1989 and in 1994.  This doesn’t mean that they made no profits only that profits were made via investments or other means rather than directly through premiums.  Yet for the past eight years, from 2006 till this year the sector has seen combined ratios below 100% every year.  This means that the industry is not only profitable, but is outpacing other insurance sectors and the much of the market generally in posting profits even amidst a sluggish economy.

This news might be salt in an open wound to doctors if it weren’t for the fact that even as the industry sees historic profitability doctors are seeing their premium rates stay steady or go down year after year.  While for most the decreases are relatively minimal, compared to the annual increases that have been the norm in years past and remain so in many other insurance fields, steady to slightly decreasing malpractice premium rates are a welcome development.  Here are some of the significant numbers, just to break it down a little bit.

As you can see from these numbers, while not everyone saw reductions in their malpractice premium rates, many did, and a vast majority saw either a decline or no change at all, with only a few facing a rise in rates and at that, not a very large one.  It’s impossible to know how long this trend will continue or what affect the Affordable Care Act will have on the industry as many independent physicians likely seek employment, and the number of patients (and thus the volume of treatment) likely goes up substantially.  But for now we seem to have found a sweet spot in which insurance companies are seeing profits and at the same time the signs of a soft market and the inevitably lower prices that accompany it mean good news for doctors.  Here’s hoping that this trend continues, and if this year’s survey is any indication it looks likely to!

Did you know that approximately 19,000 medical malpractice cases occur in the U.S. every year? END_OF_DOCUMENT_TOKEN_TO_BE_REPLACED