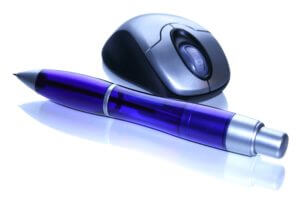 Over at the Monthly Prescribing Reference (MPR) website, the story is told of a doctor who was sued by a patient in a situation where there was, in fact, a less than ideal outcome, but not due to fault or malpractice on the part of the doctor or any health professional.  The MPR article uses this story to make the point that sometimes lawsuits happen wholly apart from any malpractice, because often patients believe (and are sometimes encouraged to believe by attorneys) that any adverse outcome must be someone’s fault.  They fail to recognize that even under best practices and conformity to all professional and industry standards, there are risks associated with any procedure.  There is no such thing as riskless medicine.

And while that is an important point to make, it’s also worth focusing in on one aspect of the article that is only mentioned in passing but is so important: that is the role of documentation in protecting health care professionals.  Even though the court decided in favor of the doctor in the MPR story, it could have easily been otherwise had it not been for one important action taken by the doctor.  The doctor in that case not only informed his patient of potential risks associated with the procedure he was recommending and eventually performed, but he took down written notes indicating that he had done so.  Had he not done this it is quite possible that the case could have gone differently than it did.

It’s not hard to imagine the scenario.  Doctor M takes the stand during trial and testifies that he indeed warned Mrs. K about risks associated with the procedure, including the risk of what actually transpired in her case.  But then under cross-examination perhaps he is pressured by the plaintiff’s attorney and can’t recall the specifics of the conversation.  Keep in mind that this conversation may have occurred months or even years before the time of the trial.  Then further imagine that the patient who is suing is put on the stand.

“Mrs. K, did Dr. M specifically warn you about the risk of X?

“I don’t recall that he did.  I have no recollection of that.”

“Do you believe that if you had been adequately warned of the possibility of the outcome you experienced that you would have made a different decision about whether to pursue the treatment?”

Now, the situation is at best a neutral his-word-versus-hers.  But in reality, it’s worse than that.  It’s a doctor’s word which, under pressure he couldn’t remember the specific details of (maybe he’s misremembering more than he realizes?  maybe he didn’t mention this particular risk at all?) versus the emotional testimony of a woman who is distraught and feels certain that she never would have consented to a treatment that could lead to what she has experienced.

The deck is stacked against the doctor.  He needs something more than his word and his memory.  Documentation.  Documentation is almost certainly one of, if not, the deciding factor in this case, as it is in so many.  Because this doctor had taken the time to take down notes about his time with his patient and had recorded not only the fact of his conversation with the patient, but also the substance of that conversation, his attorney had a solid piece of evidence showing that the doctor was intentional, competent, and consciences in providing his patient with the information she needed and maintaining thorough records of his work with her.

This case does not present an unusual situation.  It is not uncommon for doctors to be sued, not because they have done anything wrong, but simply because there was an adverse outcome.  We live in a litigious society.  When things don’t go the way people want them to, we all too often assume that it must be someone’s fault, and in the field of medicine that someone is almost always the doctor or medical professional.  But documentation of best practices, informed consent, and patient interaction can mean the difference between entrusting your financial and professional fate to a judge or jury in a your-word-versus-the-patient’s scenario, and being able to show with no uncertainty or ambiguity that you performed your work not only in accordance with industry standards, but also within the risk parameters that you advised your patient of.  That is a big difference.

So whether you record your notes to be transcribed later, type them up immediately after each appointment, or write down shorthand to be filled in at the end of the day or by an employee, make sure that you keep your documentation thorough and up-to-date.  It could make all the difference in a lawsuit.

General surgeons play an important role in health care, treating illnesses that can only be resolved END_OF_DOCUMENT_TOKEN_TO_BE_REPLACED

In today’s litigious world, there is no question that doctors and their medical practices need to END_OF_DOCUMENT_TOKEN_TO_BE_REPLACED

Most medical malpractice lawsuits fall into a few categories, and the most common causes of END_OF_DOCUMENT_TOKEN_TO_BE_REPLACED